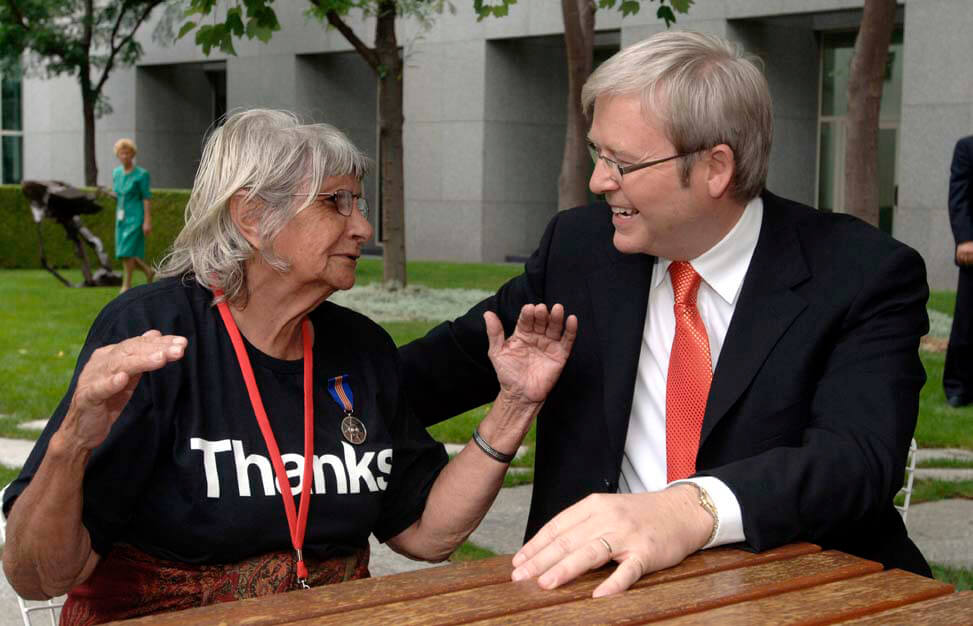 The National Apology Foundation was established as a not-for-profit Foundation with five core purposes:

The Foundation seeks only to contribute where it can and, as a mantra, will not duplicate or replicate the work done by other organisations.

Nothing was more meaningful to former Prime Minister Kevin Rudd in his political life than the reaction of Aboriginal and Torres Strait Islander people – men and women, young and old, from country and city – to the National Apology in February 2008.

In 2008 Kevin Rudd also announced six Closing the Gap targets and brought together the Council of Australian Governments so the Commonwealth and States and Territories could, for the first time in history, agree on a common strategy and funding commitments aimed at Closing the Gap on Aboriginal and Torres Strait Islander disadvantage.

One of the outstanding virtues of the Closing the Gap reports, still delivered annually in Parliament, is the provision of comparative data for the first time in our history. Accurate data is vital for assessing our successes and failures and for directing our actions into the future.

In his final speech to the Federal Parliament in 2013 Mr Rudd shared his hope that the Apology led in some part to a ‘healing of the soul’. The second step remains closing the disadvantage gap between Aboriginal and Torres Strait Islander people and their fellow citizens.

In that final address to Parliament Kevin Rudd also shared his plans to establish a National Apology Foundation to keep alive the spirit and substance of the Apology.